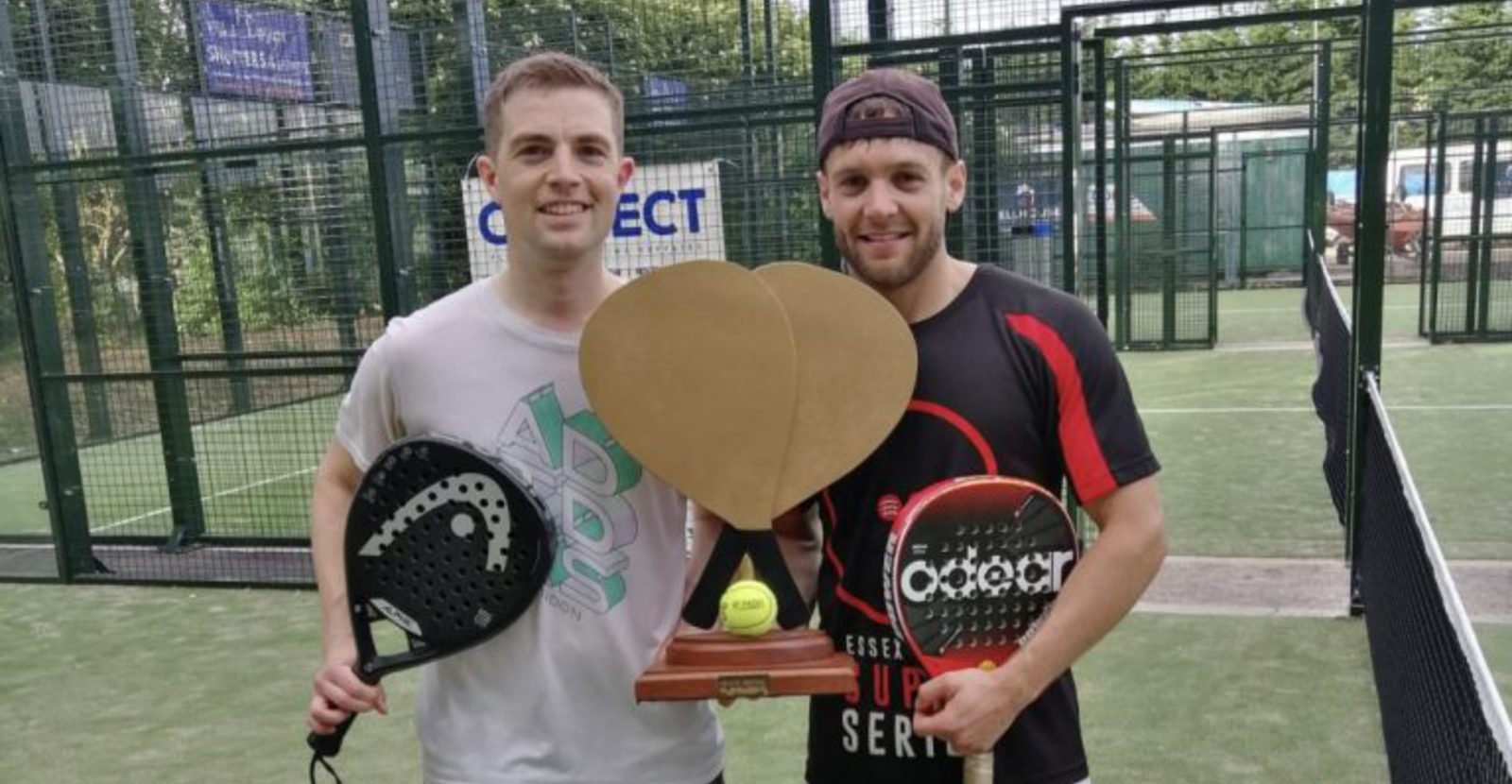 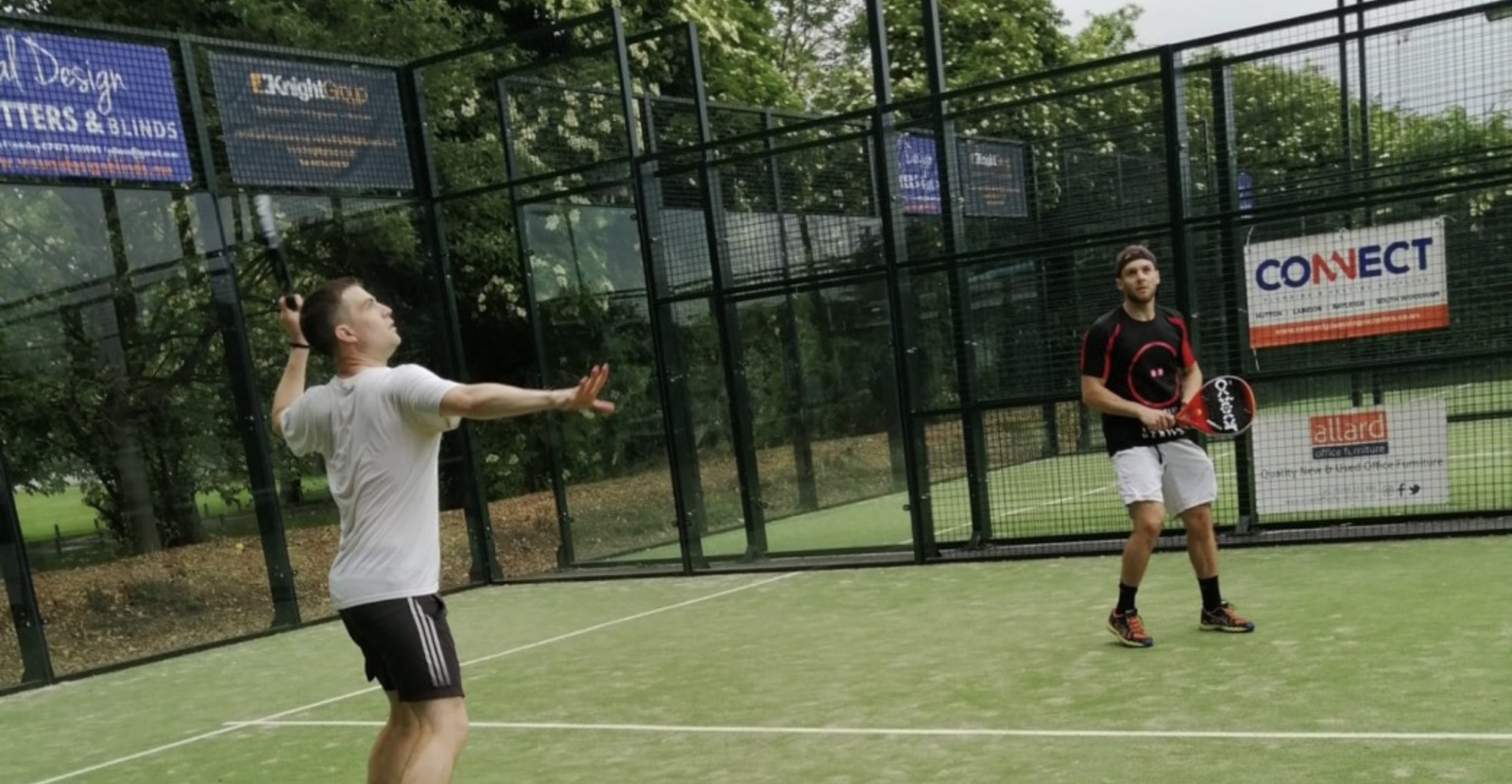 Elliot lines up a volley at Maldon

Following Saturday’s introductory article about the growth of padel in the UK, Elliot Selby, a member of a very prominent squash family, writes about his love for this fun doubles game which is spreading rapidly across the country.

Squash players will love the social side of padel, which is not always the case with tennis
Elliot Selby

I started playing at the start of September last year at Maldon. I had/have been playing squash there quite a lot and knew they were going to be building padel courts. There used to be an old tennis court there previously, that was in bad condition and never used. In its place were put three padel courts. I had played once when I was 13 in La Manga!

I really loved it straight away and I had played tennis to a decent level when I was younger too (specialising in doubles), which I think also helped cement my quick obsession with it. My current job is quite flexible, so from September I have been playing about three times a week!

I think for most decent level squash players, it is relatively easy to pick up and be able to have some good rallies. It especially helps when taking the ball off the back glass.

However, padel has a lot of tactics and variation of shots, so to get to a slightly higher level does require more experience. I have seen it with a few good squash players who have played recently. They are good, but end up over-hitting the ball and try to play down the line too much (most of the play should go down the middle and cross-court).

I have found the padel community at Park Drive to be fantastic. Everyone is extremely friendly and there is a great social side to it, which will be familiar and appealing to squash players, which in tennis is not always the case from my experience.

The club has thrived since September, with about 150 padel members now. The courts are always busy, with people playing matches or junior coaching, ladies coaching etc. The club itself has, as a result, benefited massively from this influx of new members, who are now using the bar, playing squash, swimming and using the gym.

The club has a head coach (Richard Hall-Smith), who is a very good player and former Real Tennis Coach and assistant coach Danny Troy, who does a lot of the junior and beginner squads. They have just added in a club house, which will have a cafe inside and around the courts. Decking has also been added. They have space for another court, which they are looking to add as a show court with seating.

They will also be looking to install a high awning to cover the three courts so they can be played on through winter too (although the courts were just as busy in the winter just gone!).

The club has just started to host British Padel level events now and have had two Bronze events so far, with a few more planned for the rest of the year. On July 6-7, we will also have a big Open event which has £3k prize money for the winners!

It is attracting some high level World Padel Tour ranked players (that is definitely one to come down for as there will be lots of social padel too that weekend).

The club is a 20-minute drive for me. There is Prested Hall, which is in Kelvedon and only 15 minutes from me. They have two indoor courts and two outdoor courts. I play there every so often. Apart from this, there are courts at David Lloyd in Chigwell, but I believe that is it for Essex so far.

I am also playing British Padel Tour events elsewhere, and last weekend played a Gold event at Stratford. They have three courts at the Stratford club, which is a very popular pay-and-play venue.

I will definitely try and watch the World Padel Tour event in Fulham in October. I was in La Manga training last month and we went up to Alicante to watch an event. The level is just unreal and it is extremely professional and almost on par with PSA-level squash events. I will not be playing, ha!

Padel has really opened up a whole new world for me and although I am still playing squash, the world of padel has introduced me to so many great people and it is really wonderful to see so many people, who perhaps aren’t naturally that sporty, take up a new sport and have fun.

My aim is to keep having fun but climb the British rankings and see what happens!

I genuinely think squash and padel can work incredibly harmoniously at clubs and will really complement each other.

I must go, I’m off to play padel now!