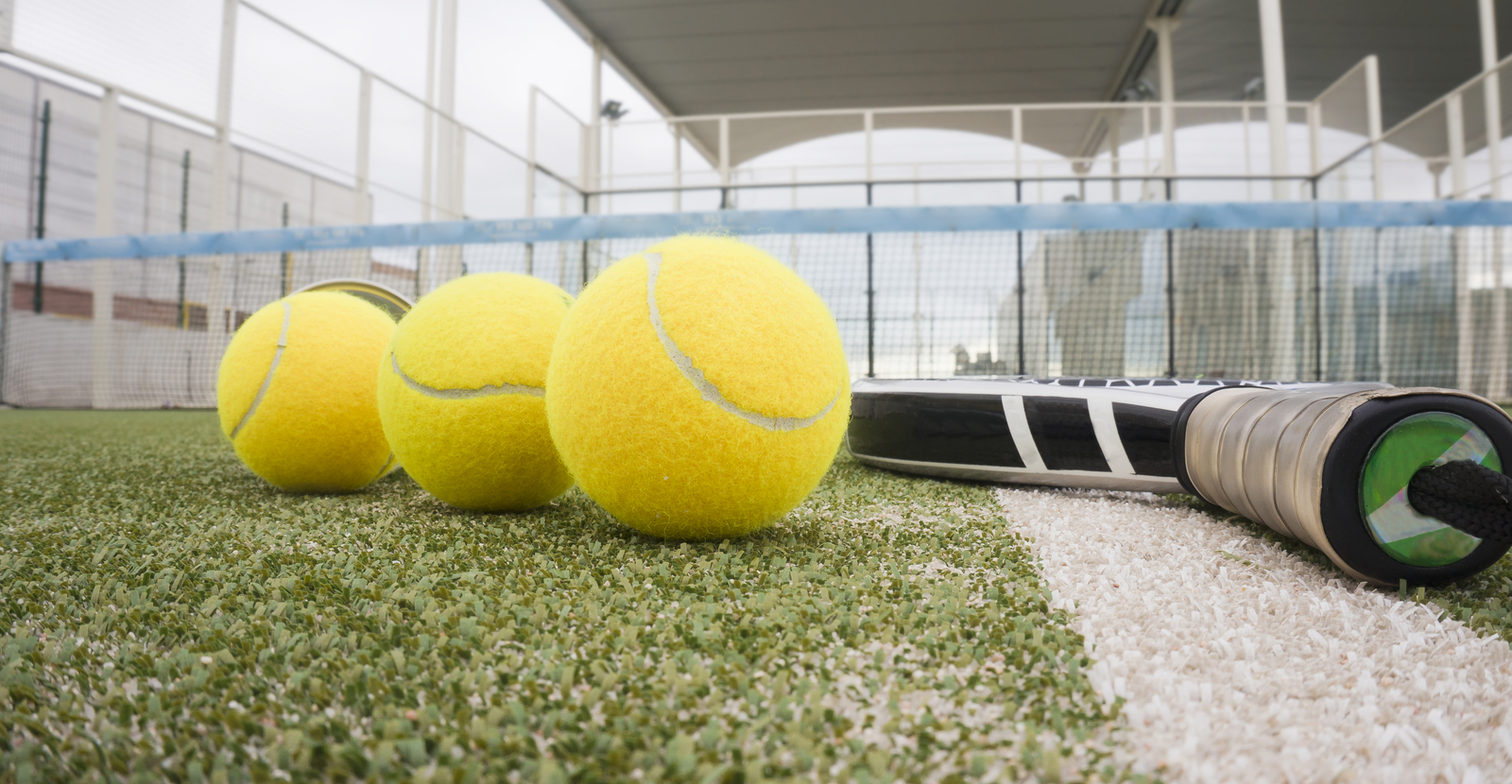 The Sport of Padel

Padel is a sport that is very easy to get involved in, you just pick up a racquet and start playing. It is fast, fun and easy to learn.

It is typically played as doubles on an enclosed court a third the size of a tennis court. Padel tennis scoring is the same as normal tennis and the game is played with tennis balls, but they are slightly less pressurised and the net is slightly lower than in tennis. The main differences are that the court is partly enclosed by walls and the balls can be played off them in a similar way as in squash and that solid, stringless racquets (paddles) are used. Modern court construction uses steel frames and reinforced glass walls for better spectator visibility.

Padel tennis is not too demanding technically nor is it dominated by strength and serve as in tennis, in fact the serve is under-arm. It is team sport played as doubles and is a very social game for all ages and abilities. Not many sports enable people to play with their grandchildren, however padel is a cross-generational game, that allows seniors to play with the whole family while enjoying a good workout.

The rules are simple and most players get the grasp of the game within the first 20 minutes of playing. It is excellent for fitness as players easily and quickly reach a level of proficiency where they can achieve sustained and fast-paced rallies. Players spend more time playing and less time picking up balls, an average of 50mins of play per hour as opposed to only 15mins of play for tennis! It is also very entertaining to watch and can produce some spectacular points.

Where is it played?

The sport is hugely popular in Hispanic American countries such as Argentina and Mexico as well as in Spain and is now spreading rapidly across Europe. The sport's popularity along the Costa del Sol in southern Spain has exposed it to a large number of British visitors, leading to an increased popularity of the sport in the UK. There are currently over 35 venues with more than 70 padel courts in the UK & Ireland and this number is expected to grow dramatically.

iPadel is actively involved in the development and promotion of Padel Tennis in the UK. Our aim is to showcase this fantastic sport to a wider audience and increase participation to the level required for official recognition and beyond. iPadel promotes players, clubs, events, tournaments and holidays. We are committed to encouraging more tennis and other sports clubs to embrace padel and add courts to their existing facilities. We are aligned with Padel Tech, endorsed by LTA Padel, (formerly British Padel) as a recommended padel court supplier. Be aware, padel tennis is highly addictive, once tried you will be hooked for life!

We help to identify suitable locations to build floodlit padel tennis courts. Preferred sites would be existing tennis and squash clubs who wish to add this exciting new sport to their racquets portfolio. Padel tennis courts are 20m x 10m so up to 3 padel courts can be built on one tennis court, thereby increasing the use of space and court occupancy. Padel courts can also be built on any unused space as all necessary ground works and site preparation will be provided. Other potential sites for padel courts to be built include golf clubs, hotels, gyms, sports centres, schools and universities and private homes.

The benefits to the club and local community are numerous and include;

Padel courts can be booked on a pay and play basis, at different rates for peak and off-peak times and with a discount for members. Participating clubs can generate revenue from court bookings as well as increased membership as padel players will come from the wider community, not just existing tennis and squash members. In fact there is good synergy with active people who have not previously considered playing a racket sport. One of the great attractions of padel is the speed at which new players can learn to play at an enjoyable level.

Any increase in memberships and associated food and beverage sales would also be to the benefit of the club. Equipment hire and sales will generate increased revenue, along with any income from coaching, tournaments and events. Padel courts, if not being used at that time, are also ideal for mini red junior tennis coaching which will allow more tennis courts to be available for the members at that time.