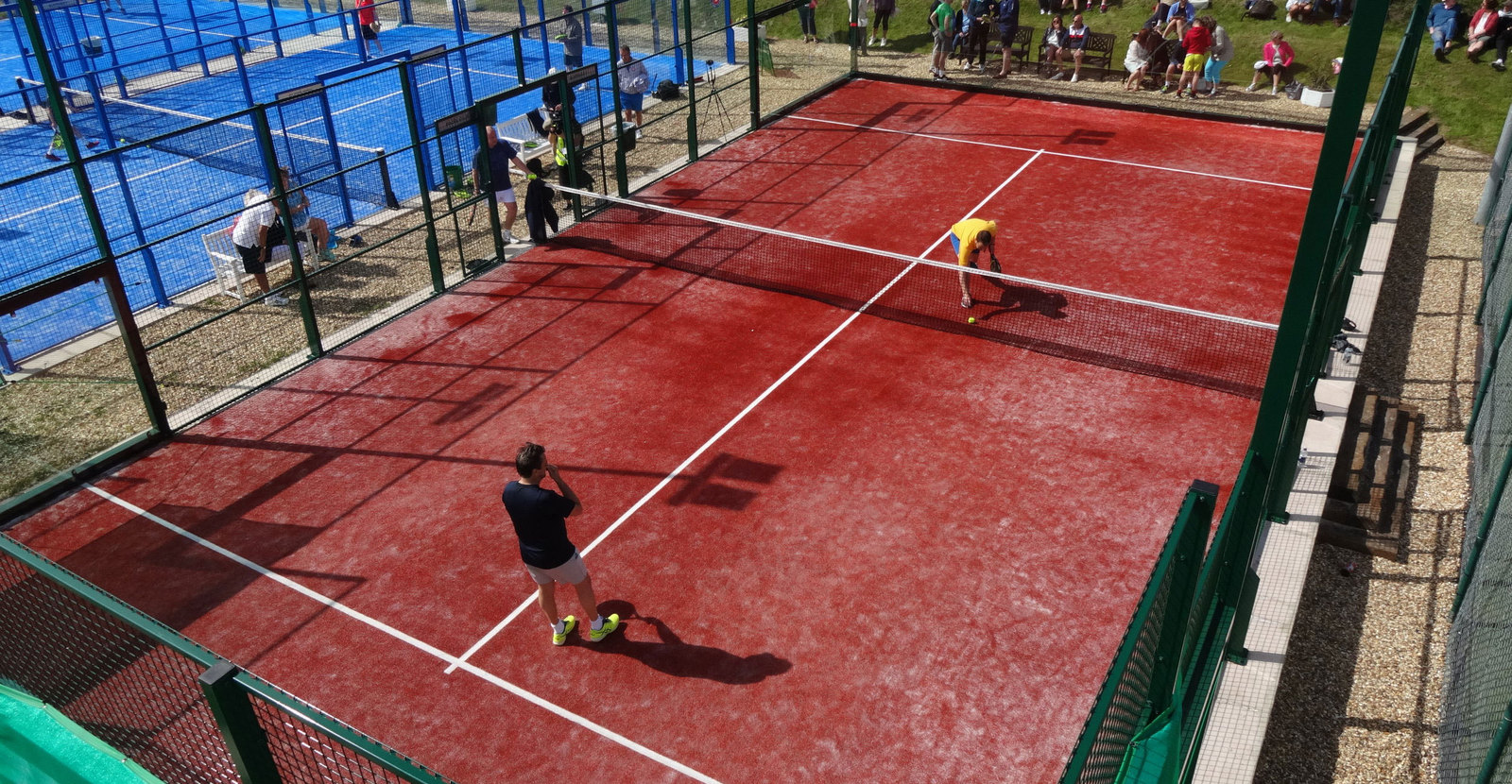 The walls of a padel court are typically made of reinforced glass. Chain link fence is also required primarily for the side walls. Padel courts use the same materials as tennis courts and require a tennis net.

The cost to construct a padel court varies based on the materials used and the extent of any groundworks required. Clubs replacing an existing tennis court will find that the cost of installing two padel courts is lower than that to build a new tennis court. One of the primary reasons that padel has grown so quickly throughout South America and Europe is the low capital cost to build courts.

The playing surface of the court should be porous and can be made of concrete, cement, synthetic material or artificial grass as long as it allows the regular bounce of the ball and avoids accumulation of water. The International Padel Federation states that the playing surface should also be either green, blue or terracotta.

There is an unusual rule in padel that permits a player to leave the enclosed court through an ‘access point’ in order to legally return a ball. As a result, there are standard guidelines that determine the dimensions and location of the access points to the court. In particular, there may be 1 or 2 entrances on each side, with or without a door and they should be symmetric to the centre.

Lighting should be situated outside the courts and should be at least 6 metres above the playing surface.

Experience counts
After researching padel court suppliers since 2016, one company has stood out in its quality of product and levels of customer service and that is why we are happy to endorse Padel Tech as our preferred supplier for padel courts in the UK.

Padel Tech have more than ten years experience in padel court construction which gives them the knowledge to apply a personal approach to installing state of the art facilities in your club or private residence. They’ve been involved in building padel tennis courts all over the world, forming strong partnerships with companies that work as hard as they do to maintain the highest standards in our industry. They're growing the sport on solid foundations.

They have been technically approved by British Padel as one of the top UK Padel Court suppliers.