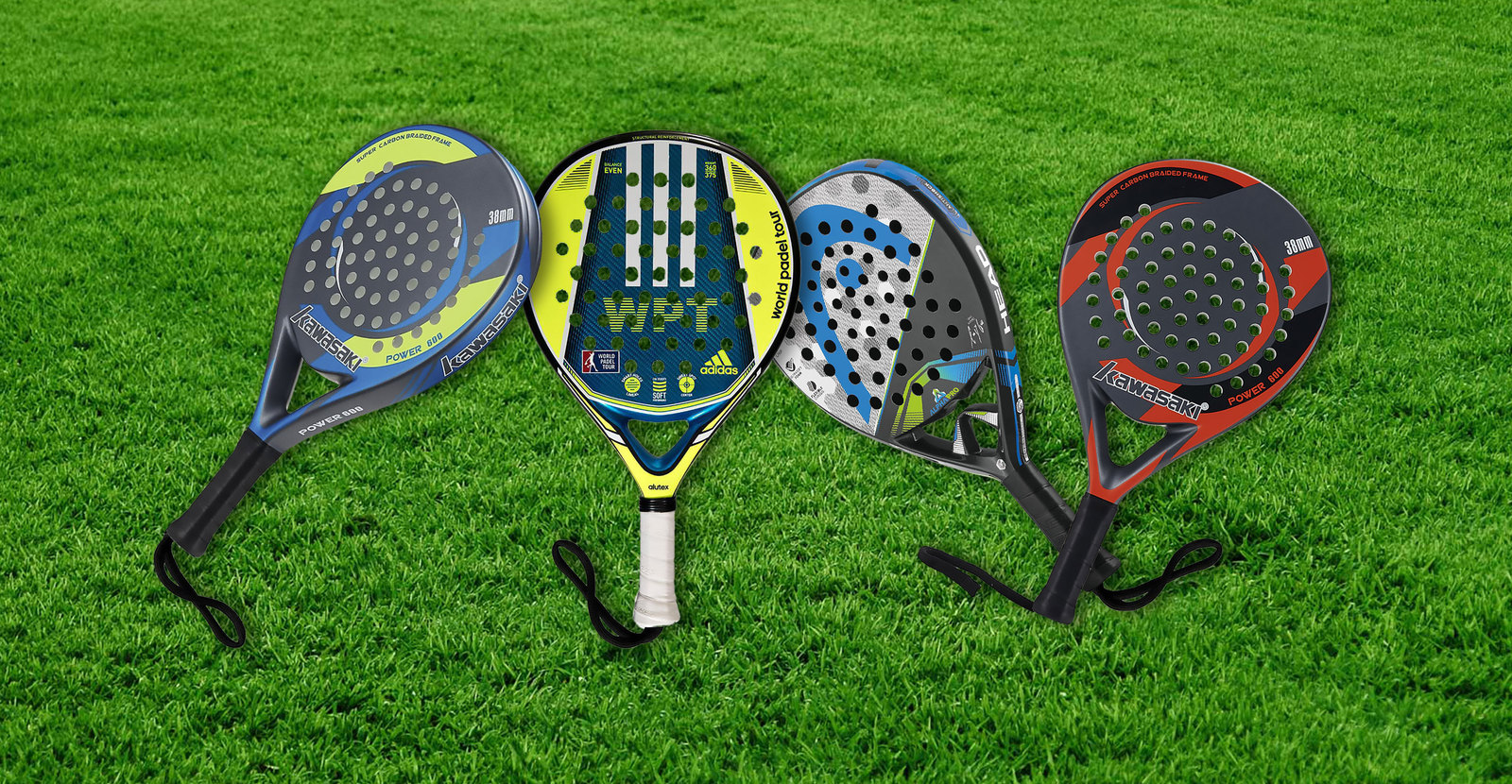 The below descriptions are from the International Padel Federation, but to put it in plain English;

The game is played with a racket manufactured in according with the following regulations.

The racket is made up of two parts: Head and handle

The total length of the padel racket, head plus handle, may not exceed 45.5 centimeters.

When conducting a control of racket measurements a tolerance of 2.5% in the thickness will be allowed.

The hitting surface of the racket is perforated by an unlimited number of cylindrical holes each measuring between 9 and 13 mm in the centre area. Around the edge in an area of no more than 4 cm (measured from the edge of the racket) the holes may have a larger diameter or a different shape with a variable length and width while this does not affect the essence of the game.

Both sides of the racket must be flat but may be smooth or rough.

The racket must be free of any objects or devices adhered to it that are not specifically used to limit or prevent deterioration, vibration and to distribute the weight. As such they must be reasonable in size and positioning. The racket could be not represent a sort of confusion or disturb all the other players, then could not have any reflecting surface or sound elements that could in any way modify the normal development of the game.

The racket must have a non-elastic cord of a maximum length of 35 cm fixed into the handle which must be put around the wrist as protection against accidents. Its use is obligatory.

The racket may not have any visible or audible device which could communicate, warn or give instructions to the player, during the course of a game.

The balls used for official competitions are those approved by the International Padel Federation for the game of Padel.

The ball should be a rubber sphere with a uniform exterior surface in either white or yellow. Its diameter should measure between 6.35 and 6.77 cm and its weight between 56.0 and 59.4 grms. The bounce is understood to be between 135 and 145 cm when let fall onto a hard surface from a height of 2.54 m.

When play is at an altitude of more than 500 m above sea level another type of ball may be used. These should be identical to the aforementioned except for in the bounce which should be more than 121.92 cm and less than 135 cm.

Players can wear suitable sports clothing and footwear. Sleeveless t-shirts and/or swim wear are not allowed. Failure to comply will result in a fault being given. If not rectified the player will be disqualified.

Teams playing in competitions are recommended, although not obliged to wear the same clothing.

The players may use footwear, clothing, and the rackets they want to, provided they are regulation standard.

In international tournaments the umpires team must wear something which identifies them.