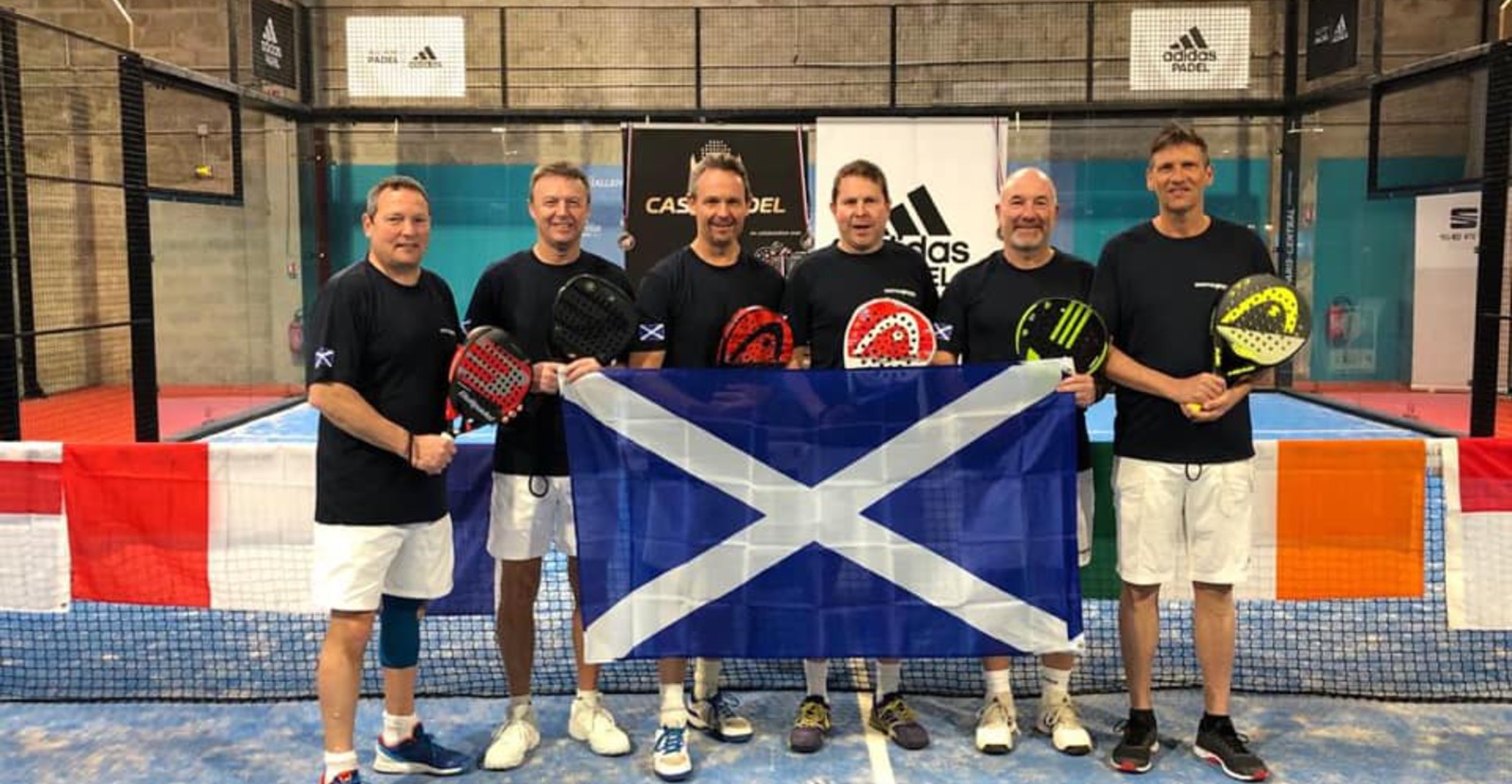 Great weekend of padel, big thanks to Casa Padel for hosting and everyone who helped organise and make it such a great event. 5th out of 6 but some close run matches. The French team were a class act and deserved the over all title. For Scotland there is room for improvement.

If you are Scottish, over 45 and play padel let us know who you are. Three players David, John and Andrew from West Of Scotland Padel and two players JJ and Andrew from Edinburgh Sports Club, plus Ali from Thistle Padel Club. Well done team Scotland.