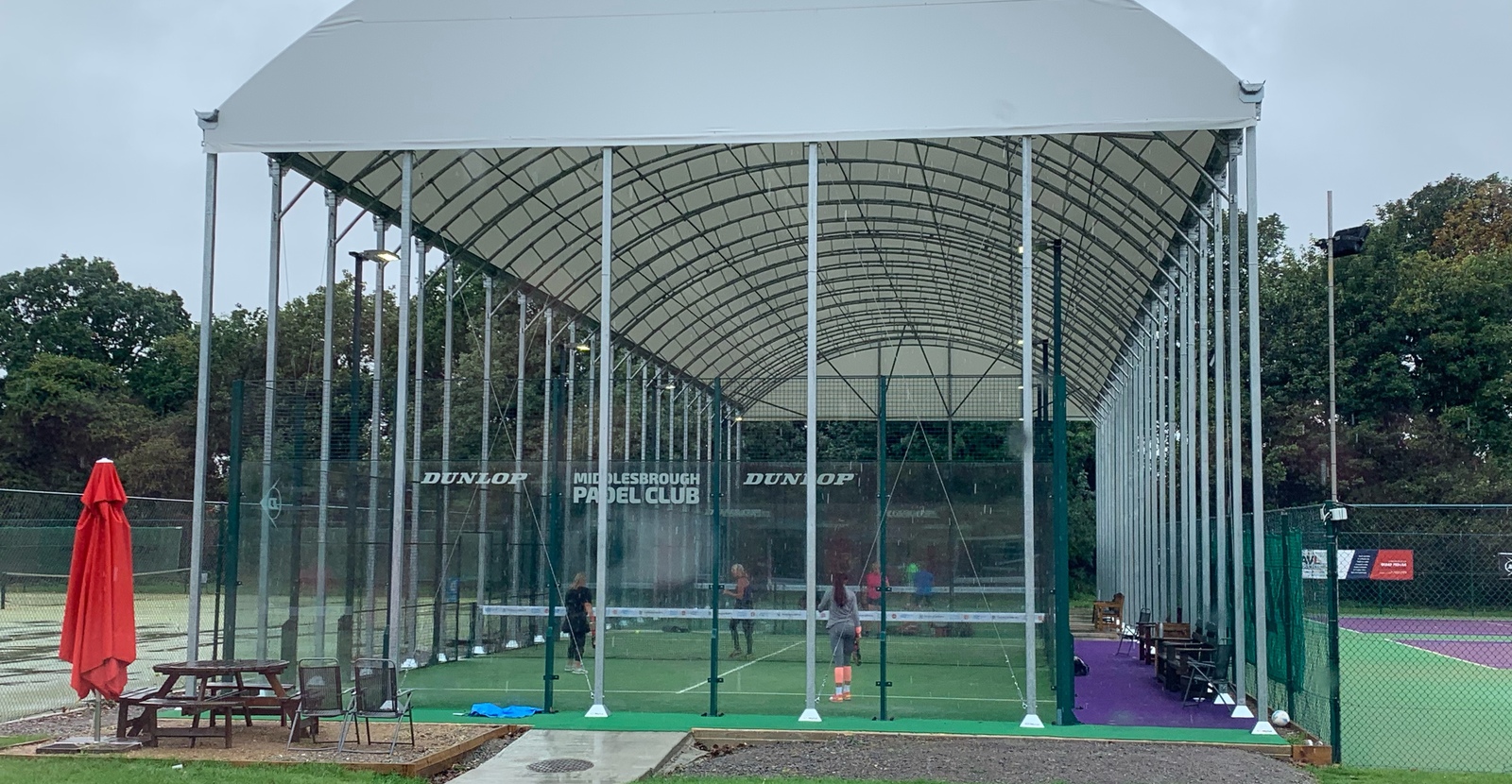 Fantastic Padel in the North East 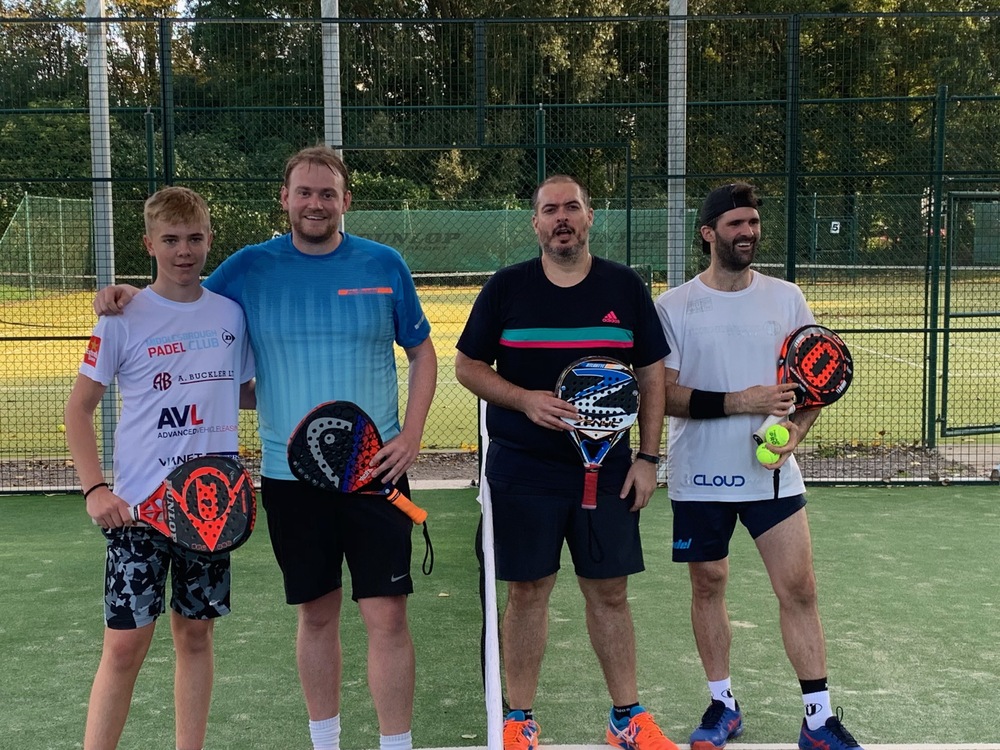 The Middlesbrough Padel Club Silver 2500 LTA Padel Tournament got off to a great start with the Friday Night Social and Tapas being a huge success with 20 players involved. The final saw James Paluzzi & Oscar Fletcher beat Aine Lennon & Nikki Jenkins in the final; 4-2, 5-3.

Oscar Fletcher has recently been selected to represent Great Britain in the Junior Padel World Championships in Spain this October.

The Open Event commenced in glorious sunshine on Saturday morning with 8 players in qualifying. Julio Alvero of Spain & Mariano Barcia of Argentina along with Richard Love & Theo Garton of Middlesbrough Padel Club all qualified for the Main Draw.

All of the top seeds moved through to the Semi Finals other than Richard Love & Theo Garton who beat the number 3 seeds Spanish Duo Alberto Crespo & Manuel Oliva 4-6, 6-1, 6-3.

The Final saw Jorge Martinez, who travelled from Edinburgh and Angel Benito, beat John Leach of Chelsea Harbour Club
& Javi Serrats of Middlesbrough Padel Club in a fantastic final with a large crowd cheering them on until the end. 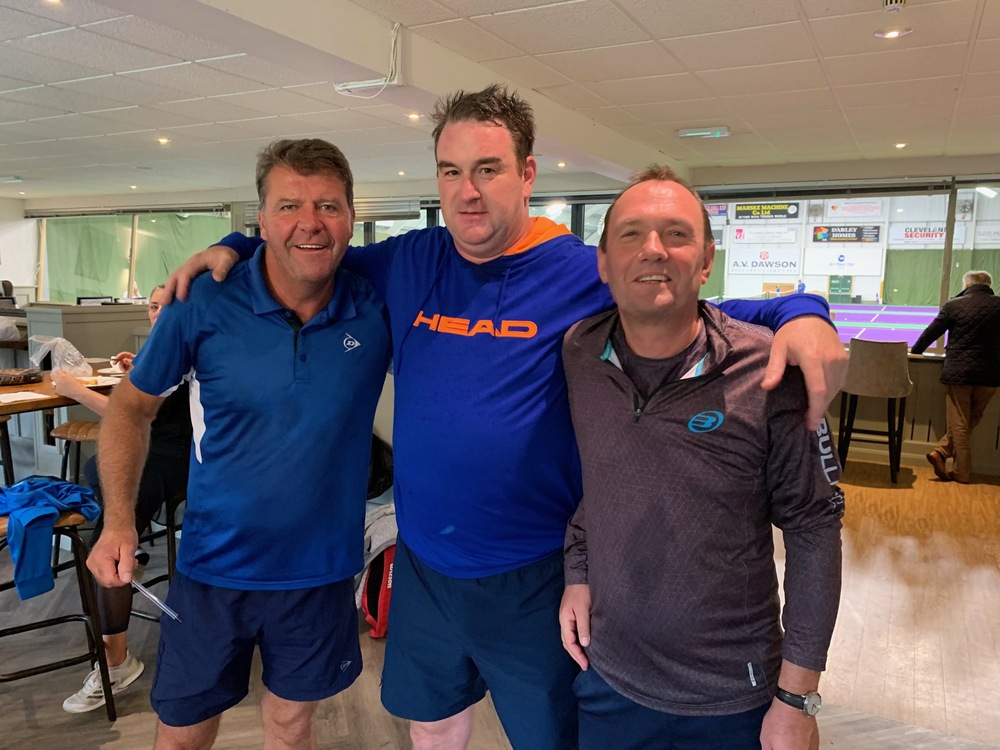 The Padel Tech canopy was essential for the over 45's event which was rained on all day Sunday. The event was well supported and included LTA Padel President Peter Vann and his partner Alan Maddock who travelled from The Canary Islands to compete. Middlesbrough Padel Club was well represented in this event with locals and not so locals, including Nige Garton, Ian Colligon, Martin Hodgkinson, Mark Foster, Steve Longdon, Phil Caswell, Alex Hudson and Chris Tappenden. Players came from all over the UK, with Tim Edwards and Geoff Wingfield travelling up and back from London in a day. True dedication to the sport!

The format was 3 groups of 3 pairs with the winners automatically qualifying for the semis and the second place teams competing for the 4th spot in a second round robin format. Group winners were;

Last weekend saw Middlesbrough Padel Club hold its first ever ladies padel tournament. As MPC celebrates its first year this week, the event was played under the 2 covered courts at this fantastic new venue in North East England.

From the growing weekly ladies club sessions at MPC, 5 pairs entered the event. The ladies battled through the round robin format with some very competitive matches taking the results into several third set tiebreaks over the day. A close match was played between the two strongest pairs in the draw with the Libby Fletcher and Isobella Paluzzi taking the first MPC title from Nicky Jenkins and Sue Fletcher in straight sets.

Overall the ladies had a great day despite the rain which put the striking canopy to full use. The first ever ladies event was a huge success and MPC will be looking to grow future ladies tournaments in next years tournament programme.

Well done and thanks to all the ladies who took part.